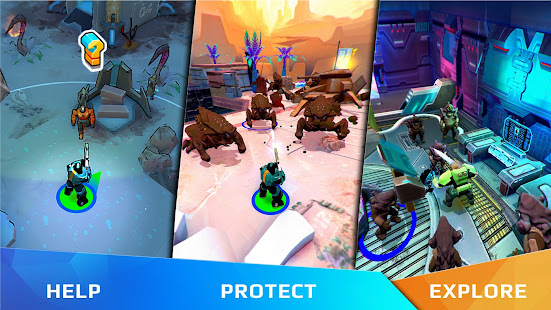 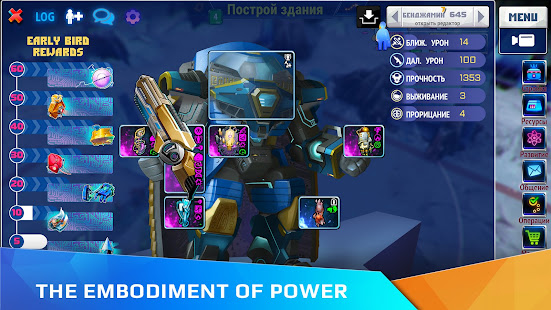 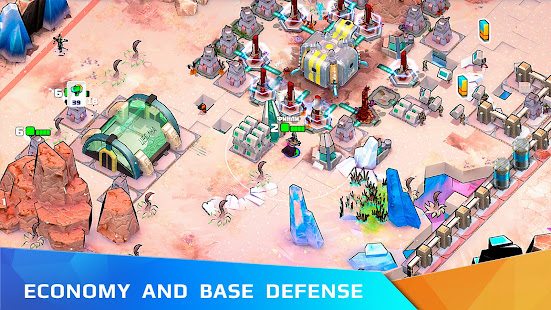 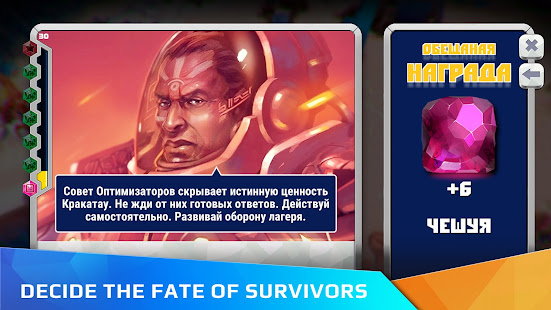 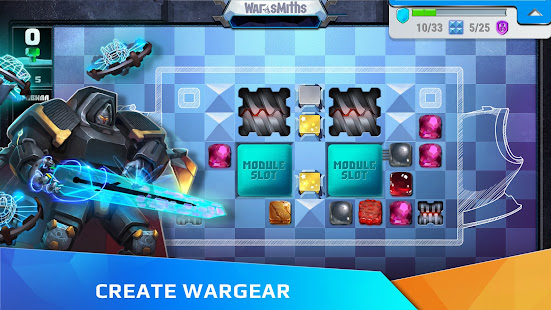 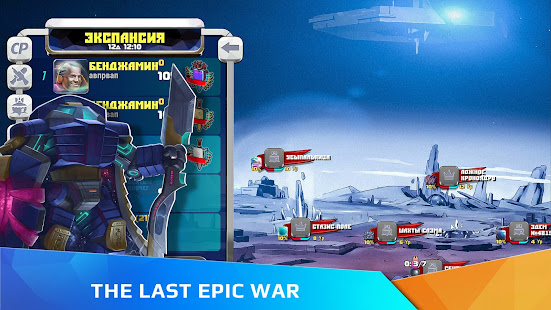 The Warsmiths is a RPG Survival under the pressure of uncontrolled planetary terraforming. Buld & craft, fight & destroy in the ranks of the space army, attacking the exoplanet. Expand your territory, give shelter to survivors, protect them by creating a line of defense. Each saved survivor – is one less convert in the enemy camp.

Each warsmith decide for himself what role he will play in the global conflict with the apostates. The goals set by the Command can be accomplished in a variety of ways. But beware – only the consequences of your choice, nor enemies, nor a predatory planet, can overpower your invulnerability.

❶ CHOICE MATTERS – If your actions match the personality of the selected character, your hero will achive his maximum potential.
★ Man in power – you are the last chance of lone survivors – be prepared for abuse of your trust
★ Infinite warrior – the cycle of defeat and rebirth in a new clone tests your endurance during tower defense and infinite hordes of enemies
★ Interactive story – making friends and foes from wanderers during your journey, you find out the truth

❸ ARMY SURVIVAL – only together, coordinating actions, warsmiths can capture one sector of the planet after another
★ Duels and intrigues – Warsmiths of different races are members of a single army, so all internal conflicts are not officially approved by the command
★ Joint activity – the correct choice of your role and status in the common cause is the guarantee of the Army’s progression
★ An itch for gain – The powers of each role can be used for personal or public interest during expeditions

The planet Krakatau is sentenced to complete absorption and dehydration. However, the process was interrupted as a result of the Mutiny. The planet’s Chrono-core has disappeared, and control over the terraforming has been lost. The High Council of the Circle of Law directs its armies to storm the hotbeds of rebel resistance. The goal of the Command is to get ahead of the rebels in finding the damaged Chrono-core.

Renegades offer powerful resistance to the Invasion Forces. Their Leaders perform the Ritual by sacrificing the Survivors. Under the influence of the Ritual, the Chrono-Core terraforms the planet at a tremendous rate. Anomalous Storm prevents troops from advancing behind traitor lines. The decision to evacuate the population and take over the planet was made too late – the Converted foresaw an assault and are reliably sheltered from attacks by regular troops.

The High Council forms a corps of special warriors capable of operating without support from an orbit. Their mission is to interrupt the ritual that closes the planet. The Warsmiths go ahead of the army. Many of them are not here of their own free will. But only they are able to survive the storm, and pave the way for the rest.

Warsmiths are clad in armor that grants immortality and are able to create everything they need to survive, transforming the matter of the planet. The price of invulnerability is high – those who resist the conversion will fulfill the contract and return home in a year. If the Warsmiths do not succeed in fighting the Apostates, a series of dark rituals will make the planet impenetrable for any exposure.