App Information of Raid Boss: Heroes of the Guild 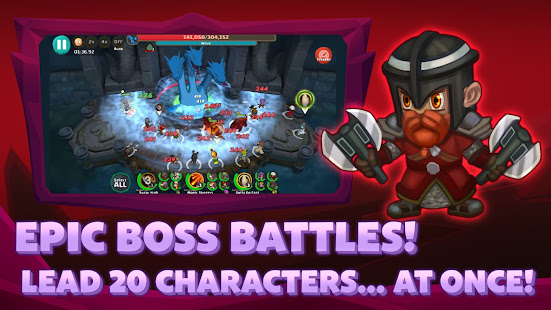 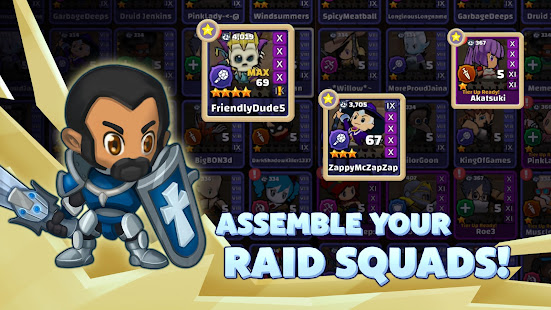 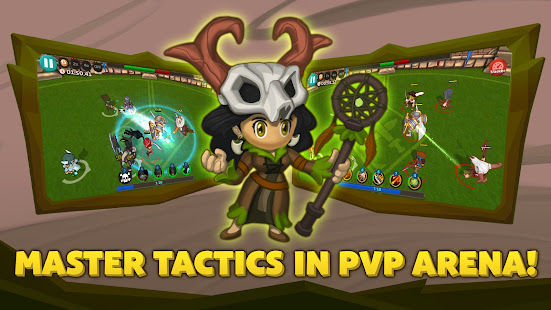 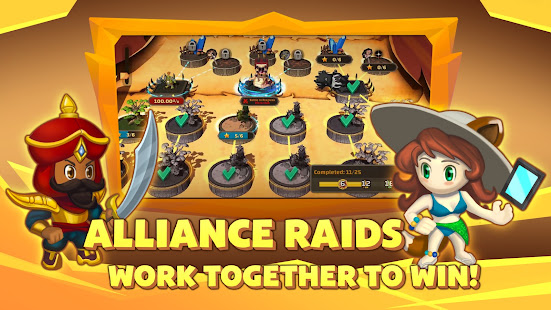 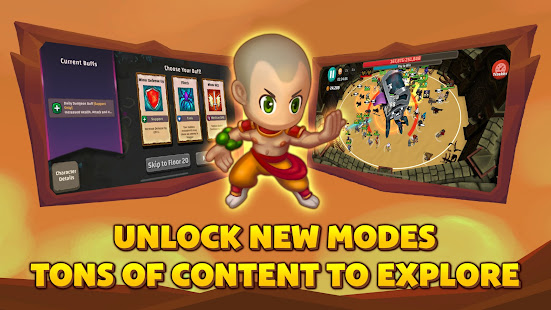 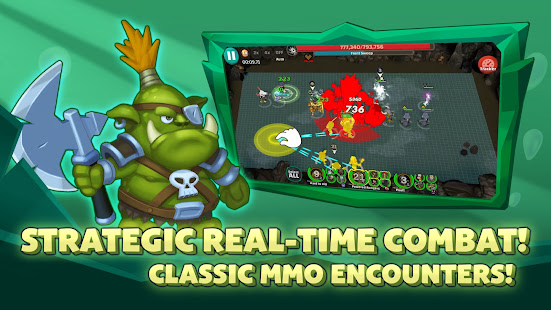 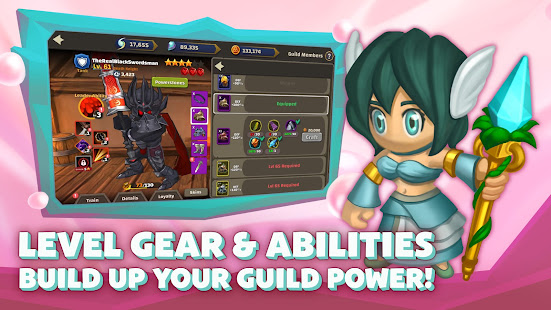 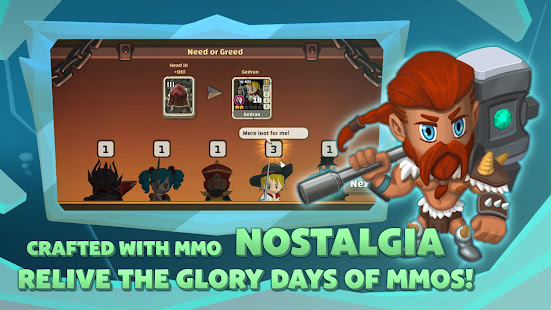 Description of Raid Boss: Heroes of the Guild

Raid Boss is a massively multiplayer online role-playing game where you can become your own boss! Join this fantasy world and relive the glorious battles of classic MMORPG! 🤩

Most RPG games let you control 2-5 Guild Members during a teamfight.⚔️ In Raid Boss, you are in charge of up to 20 heroes and legends at once!😮 Don’t limit yourself in MMORPG adventure games.

Do you have what it takes to build a league and lead it into battle against raid bosses? Grow your team and train your people for war. 💪Defeat your enemies in an epic mobile quest. Your ultimate goal is to meet with the legend of the game in the arena — the Lich King. 👑Work your magic and win all the wars!

When you’re done with the chaos of the raids, it’s the characters that make this fantasy world awesome. Each Guild Member is inspired by a real mmo player. Meet this mighty party of characters, as the Raid Boss realm already has over 40 of them!

⭐ You’re the Boss
Use tactics to build your own army and get to the top of this wild MMORPG online game. Do it for the glory, power, and recognition.

⭐Real-time Multi-squad Combat
You are the main knight, and you can control chaos and peace. Battle with up to 20 Guild Members at the same time! This has never been seen before in the history of real-time strategy mobile games! Choose where to turn, how to dodge, and so on.

⭐Expeditions
Try our idle RPG and play a character collector. Raid Boss allows you to earn shards without really doing anything. Send your warriors on an expedition and earn new abilities with each tier! Level up while you’re afk!

⭐Recruit and Train
Choose every hero individually from over 40 unique Guild Members. Are you looking for a hunter, monster, or wizard? They’re all kings and stars, you just have to earn their trust. Each Guild Member comes with their own kit of abilities. Upgrade and level up!

⭐Fight Epic Bosses
As darkness rises, you might have to fight a dragon, zombie, golem, and more! Don’t hide in the shadow and show your knighthood in a game with 20 Guild Members at once!

⭐Alliances
Create a multiplayer alliance with 30 of your friends. You are stronger together in this perfect world!

⭐Craft Legendary Gear
Craft weapons for your Guild Members. They deserve a strong blade, armor, and equipment. Choose among 300+ options! Give your team awesome gear to unlock their maximum potential and win the next battle.

⭐Diverse Worlds
Fighting raid bosses has never been so much fun! You can enjoy this game regardless of your age or background. Experience different fantasy worlds and monsters, from dragons and zombies to knights and golems! Craft new gear for your warriors and level up after each adventure.

⭐Challenges
Each challenge is meant for a different class of Guild Members. Solve puzzles and earn special rewards in the fantasian world of Raid Boss.

And much more! Explore this fantasy world, join forces with your brothers in arms and defeat the boss!
New Epic Guildie L4ADimeYo is here!
Full patch notes here:
https://forums.pizzaclubgames.com/t/patch-notes-version-1-0-4-03699/284

Related Posts of Raid Boss: Heroes of the Guild