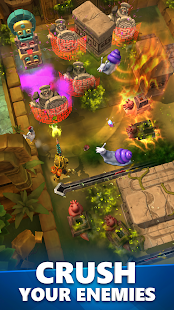 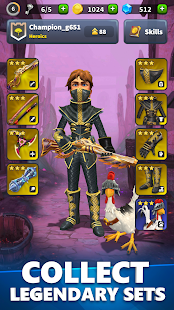 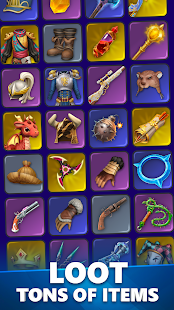 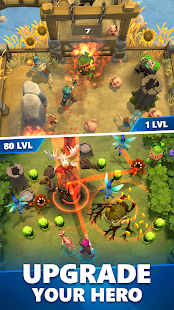 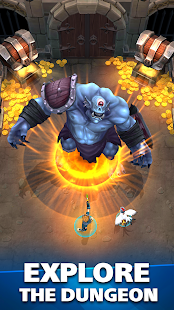 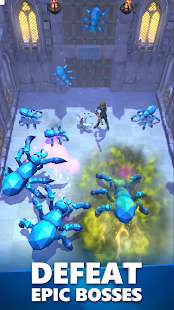 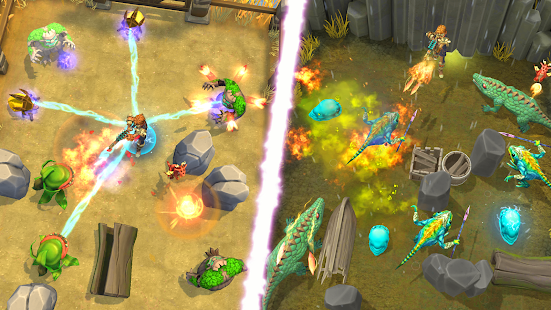 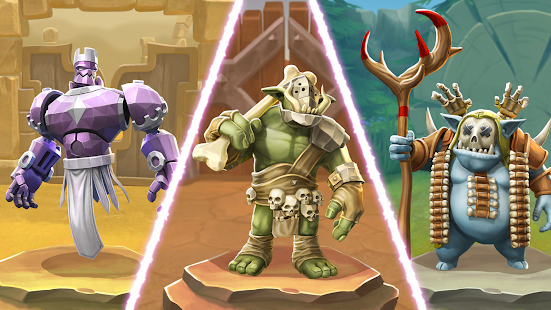 Choose your deadly weapon!
You have over 50 murderous weapons, throwing accessories, and even ancient magical artifacts at your disposal. Everything will come in handy. What’s your choice?
Primary weapon — we do not have crossbows, bows, and arrows, but we have pistols, blunderbuss, muskets, rifles, mortars, and carbines that smashing from afar
Melee weapons — all means are fair here, and the arsenal is suitable: clubs, swords, axes, hammers, and even whips
Throwing weapons — use it to calm the enemy while reloading the primary weapon: knives, boomerangs, darts, discs, and grenades
Magic weapons — the best answer when things get tense: staves, scrolls, and crystals of unprecedented power

Go ahead and smash these mobs into pieces. What do they think of themselves!

🛡️ Choose solid equipment
Find and collect armor from one set for unique benefits. Dozens of sets and a vast space for creativity are waiting for you!
You wil be ready to fight even the mightiest bosses! Legends of the treasure hunters are among us!

🥚 Choose a reliable pet
Your faithful fighting friends are waiting for you. Choose the one who suits your play style – and feed your pet with the rage of victories!

🏆 Explore numerous locations
Battle through ancient forest, icy wasteland, defiled swamp, and sinister dungeon in your quest to save the world. Over a thousand rooms are waiting for you to solve their mystery. Find all the Easter eggs!

👾 Dip in an epic adventure
There are many legends about mages and creatures of the Abyss that did not give life to ordinary people. Terrible atrocities were committed because of magical pride, or the dark call of the Abyss. But some were able to repulse them, those who were later called the Greatest Heroes.
Become a Hero! Or just crush your enemies left and right for fun. One of the best fantasy action RPG games awaits!

🎮 Enjoy great graphics
Three levels of graphics quality. Great special effects. Heroes that change their appearance depending on what they are wearing. Fighting evil has never been so attractive! Enjoy the view of a gloomy dungeon, mystical forest or endless swamp!

🎯 Play your way
Heroics is one the best epic adventure action RPG games about creating and leveling up a character, which can be downloaded for free. This fun level-passing game can be played both online and offline. Download one of the most addicting games in the world to make sure that this is the best roguelike game with fantasy heroes where you can become an unbeatable warrior, a mighty magician, or a cunning shooter.

Be what you want:
The legendary archer, who saved many lives and became the well-known hero.
The last chest treasure hunter who knows that only the one who has nothing to lose will win the battle.
The archer sorcerer who not only shoots in the bull’s eye but also supports himself with the magic.
A gun hero who will prevent an enemy from getting close enough to start worrying about it. Boss battle is as routine for him as walking through a dungeon.
A noiseless killer who gladly eliminates unsuspecting victims. Plays for survival, moving through the corridors, dueling enemies, and trying to remain the last hero.

Make your own legends and lead the hero’s rush adventure with epic power. Stop the invasion and slay the most unique monster or epic boss. Many different skills, talents, and equipment bonuses will help you to find your path in spectacular games. Your adventure will continue even without an internet connection.

Heroics is a unique fantasy action RPG game with a large selection of additional weapons – throwing, magic, and melee. And also every monster or boss has unique excellent graphics, and an exciting storyline. If you ever played Archero or Zombero you will absolutely like this game.
It’s time to be a treasure hunter!

Questions or suggestions? Please email us at support@heroicsgame.com
The hottest event in the Heroics universe!
Meet Heroics version 2.0:
Craft, upgrade and merge your stuff to become stronger than ever
Upgrade any item to rare tier and unlock its unique perk
New item rarity tier – uncommon
Boss battles got even more epic with cool new boss introductions
Lots of new VFXs, quality of life improvements and bug fixes