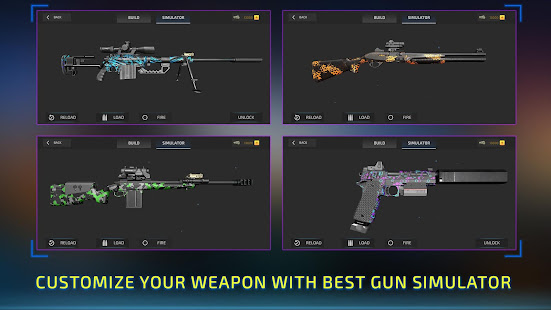 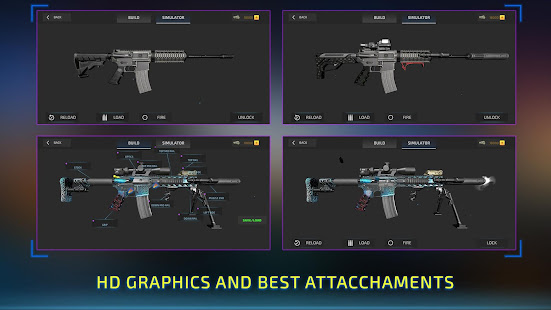 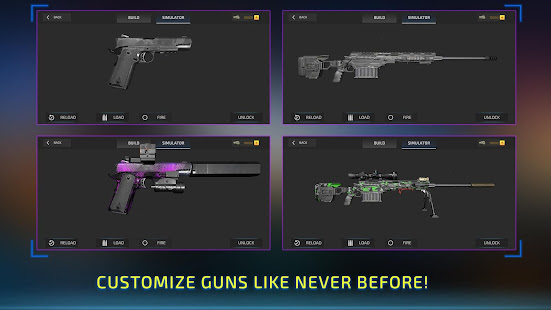 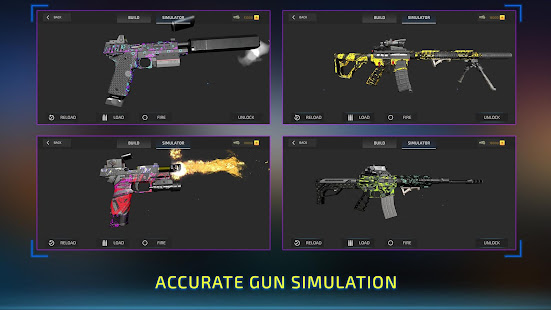 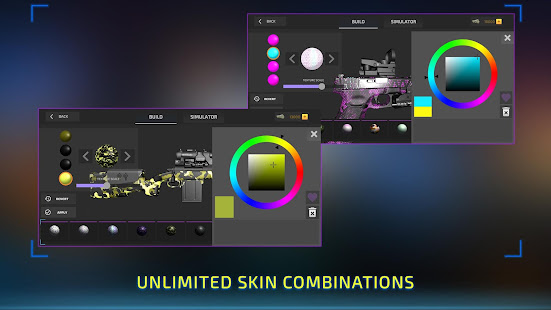 Do you love putting guns together?
Looking for a realistic Gun Simulator & Gun Builder game?
Search no more – we have the best gun 3d builder simulation!

Ultimate Gun Simulator is a gun creator & gun sim game that allows you to build a million combinations for your favorite weapon! Choose one of the best rifles, pistols, snipers, shotguns with best weapon sound effects. Explore our large selection of gun types in our modern gun inventory!

*Thrilling weapon customizing
Use our gun tool builder and enjoy one of the best weapon customization games. Change colors, parts, rotate and customize each part of your favorite weapons. Our weapon builder allows you to try out unlimited customization and build your own collection of modern weapons. Change optics, top rails, down rails, grips, stocks and more! Get custom gun simulator now!

*Gun sim Shooting
Besides being a great gun 3d builder, our customizing game is also a gun 3d simulator that allows you to shoot with the weapons you’ve built. Unlock, load, and shoot in any direction with realistic sound and graphic effects. Change weapons and try your skills as a shooter with the customized weapons in this exciting gun 3d sim.

So if you are in search of a new gun creator and builder game you will rarely find a better experience than the ultimate gun simulator & gun builder.
– bug fixes and other improvements