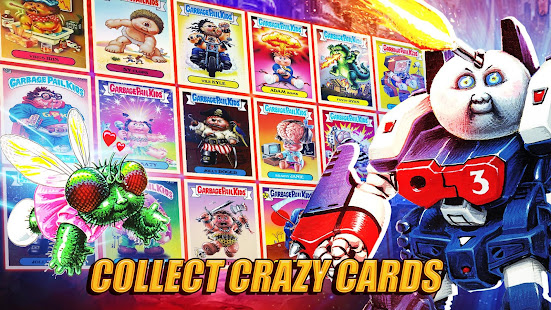 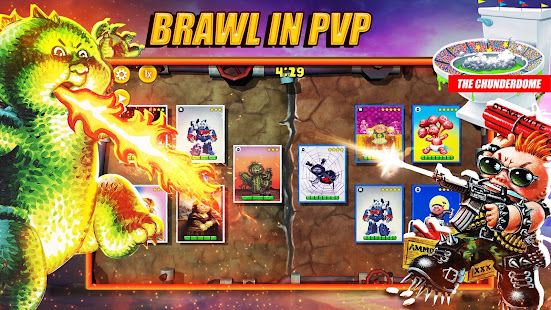 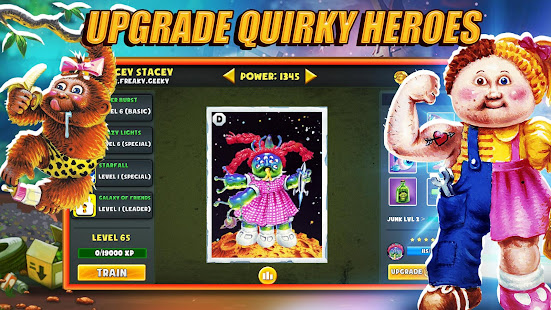 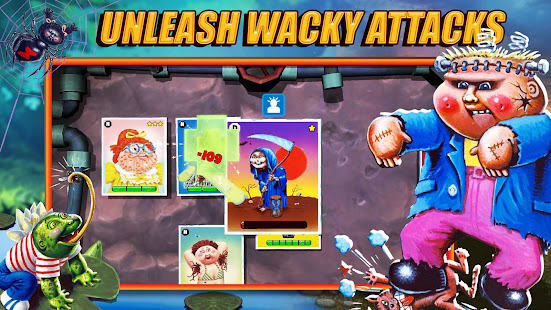 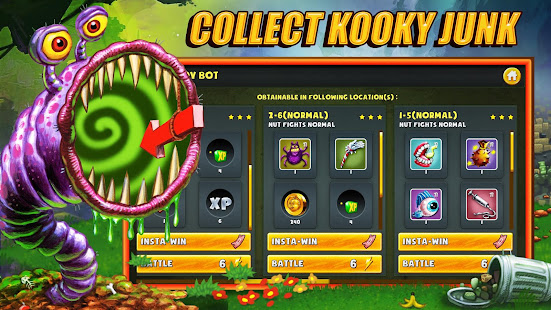 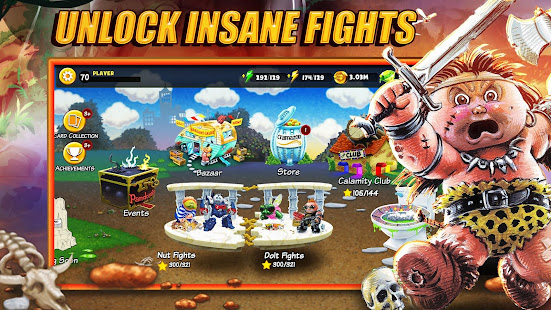 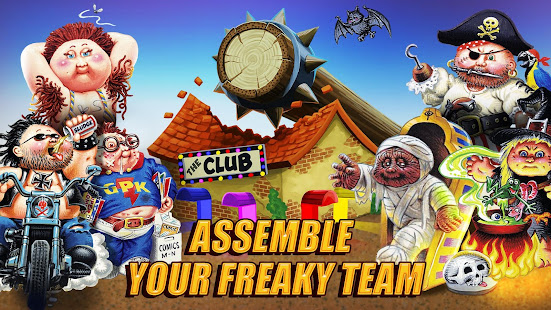 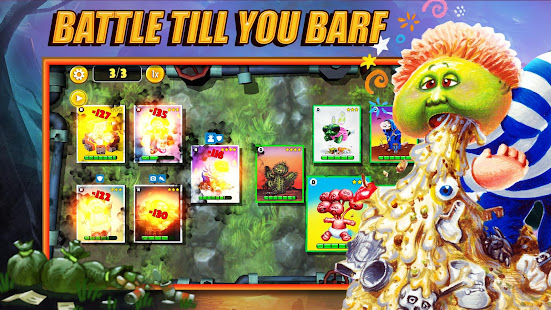 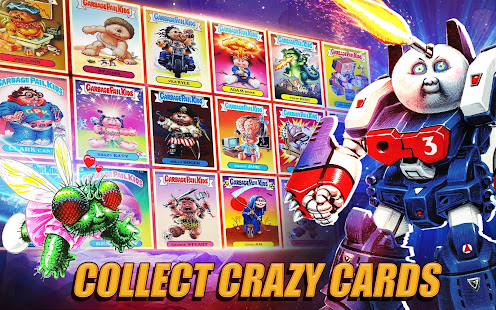 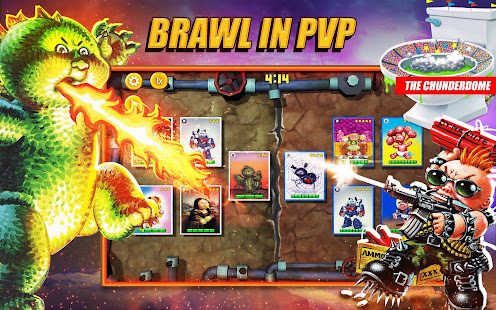 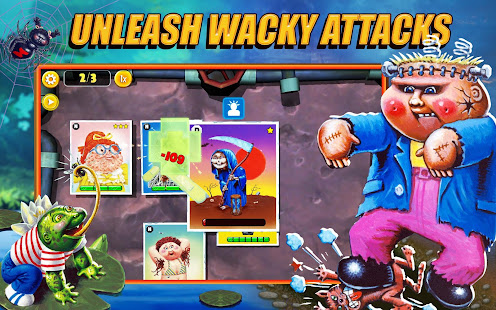 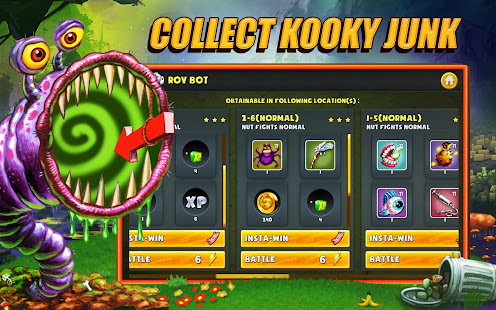 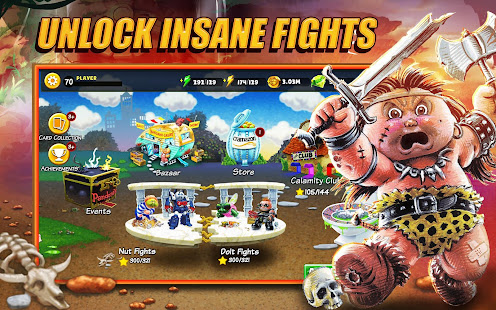 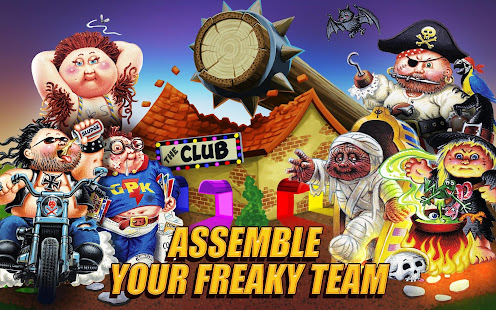 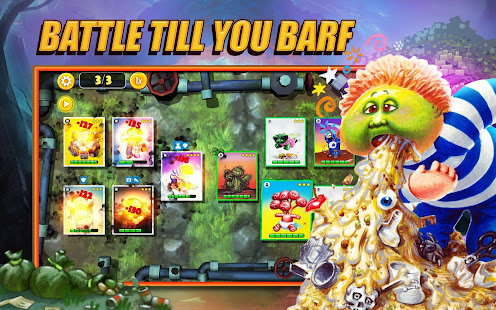 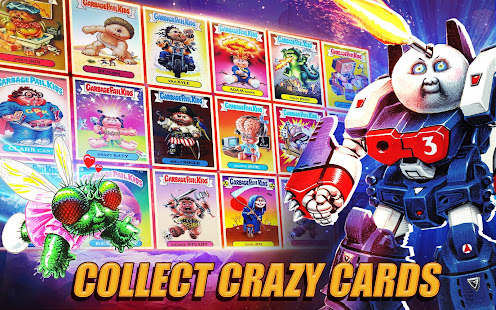 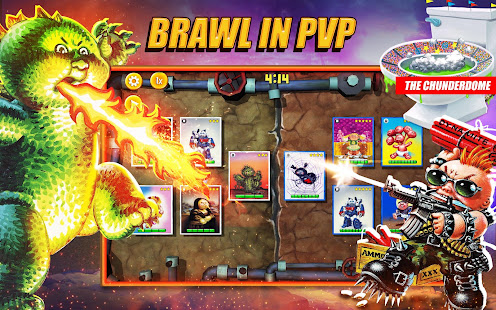 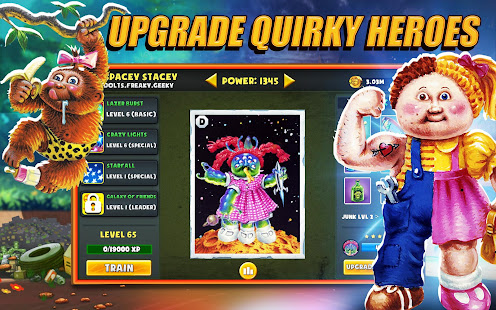 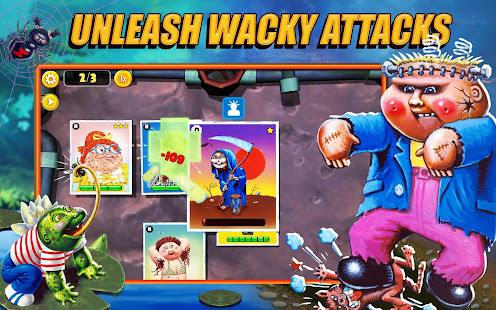 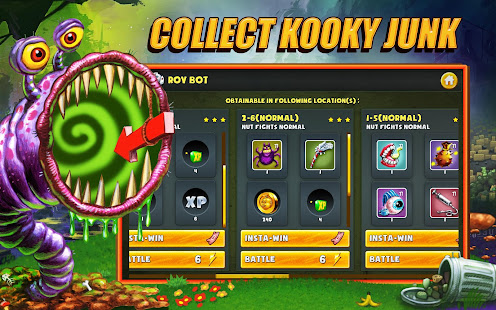 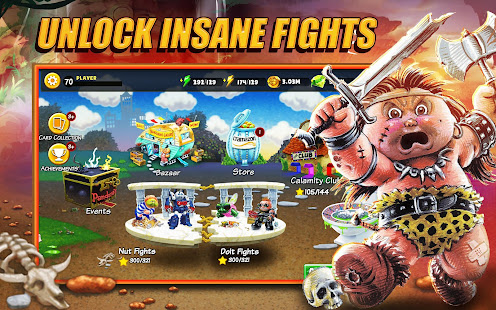 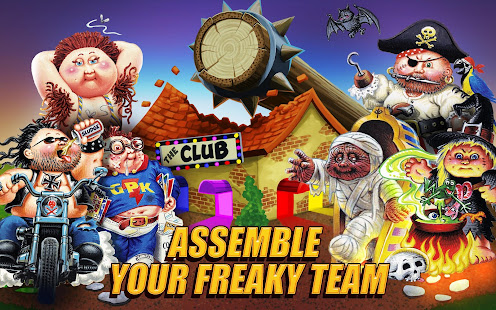 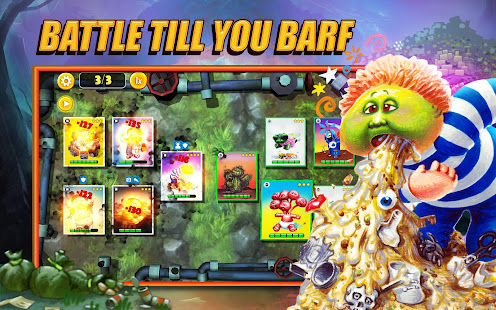 The Garbage Pail Kids™ are here! Grit your teeth as the naughty icons of the 80s get ready to battle in this extremely entertaining turn based action RPG. Build the ultimate team of your favorite cards with original characters released by Topps in the 1980s and beyond. Fully animated like never before, these wacky kids yet legendary entertainers will fight with everything they’ve got — lasers, spray paint, dance moves, nuclear weapons, and anything they can spit, spew, or hurl on the battlefront. HELL YEAAAAH!

BATTLE TILL YOU BARF!
Create the best team of Brawlers, Tanks, and Support for a face-off against rival squads in this turn-based RPG combat, keep on collecting junk and upgrade your abilities to strike your enemy with all your might. Beyond the fun of deploying Britt Armpitt for nasty attacks, take the advantage of abilities such as Roy Bot’s Crazy Cannon, Hot Scott’s Piercing Poke, or Brainy Janie’s Mind Meltdown to conquer events and leaderboards. So, even when you’re not fighting, tons of unlockable characters, junk, and abilities ensure you’ll have plenty to do. As much as we love having the GPK Legends on our personal fight club, this turn-based RPG gobbles you in so many ways you’d need Luke Puke to throw you out.

SMACK ‘EM WITH SMARTS
Look no further for an amazing gameplay experience with the ultimate strategy RPG, where two teams battle for supremacy, and one comes out as the winner! Though the bonkers have all the confidence, you’ll need the brains to beat the opponent squad in a fight. Manage your resources and decide when and how to train your crew. Use Gems to claim character Packs. Strategically rank up your champions to the maximum for insane stats, and wacky Super Powers and smartly win PVP Battles when the challenges get tougher. Hold on tight as you explore the game and test your action RPG prowess.

EARN TONS OF JUNK!
Get a veritable cornuCRAPia of loot when you win fights! Collect junk like the lovely Scumbrella, the Hypodermic Noodle, and the ever trusty Slap Stick to increase your power. Train and equip your team to become the baddest kids on the block.

So, what are you waiting for?
Now that you’ve found your way here, you’re either in as a collector or have shockingly weird yet creative ideas of entertainment. Dive in the dumpster, take out the trash, and come play in the ridiculous world of Garbage Pail Kids.
The game is free to download and play. Some in-game items can be purchased with real money. You can restrict in-app purchases in Store settings.

Like us on Facebook – www.facebook.com/reliancegames/
Subscribe to our Youtube – www.youtube.com/user/RelianceGames
Follow us on Twitter – www.twitter.com/RelianceGames
Follow us on Instagram – www.instagram.com/reliance_games/
Website: https://www.reliancegames.com/
T&C: https://www.reliancegames.com/terms-conditions/
The latest update to GPK: The Game is a tribute to the troubling trends we just can’t quit – we’re calling it Kick the Habit!
Look for three new GPKs: Hugh Hoarder has so many collections, they’re collecting dust! Take your pick of Corroded Carl’s greatest zits! And try your luck with Jackie Pot, the gamblin’ granny! We’ve also added a Habitual group of GPKs and four new formidable events.
We promise you’ll get a kick out of these bad habits while you practice the only good habit: mobile gaming!

Angry Boy Pedro and His Friend 0.3