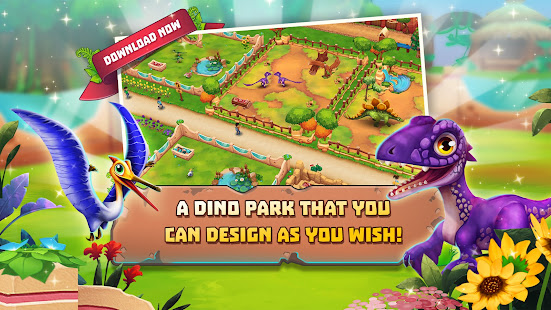 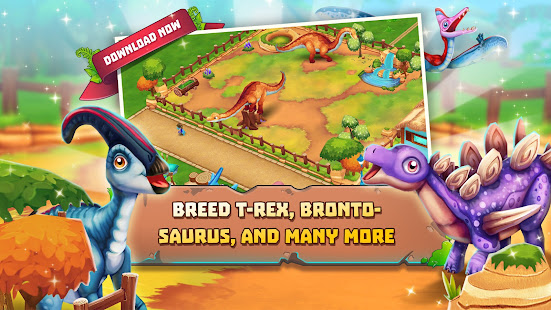 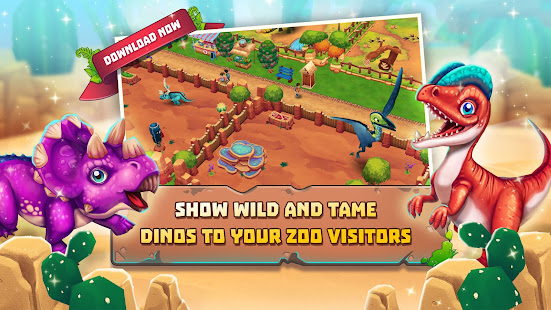 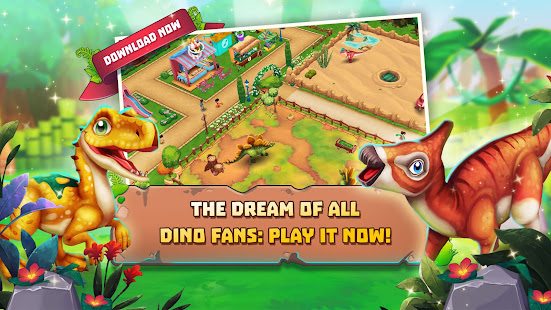 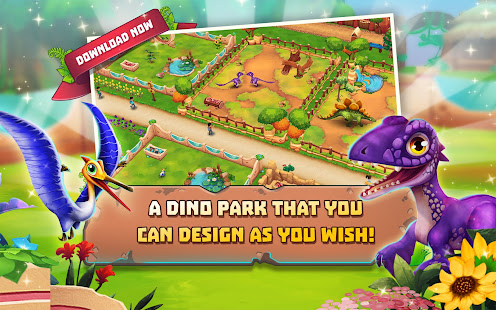 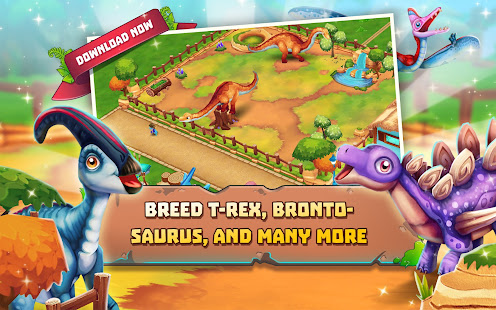 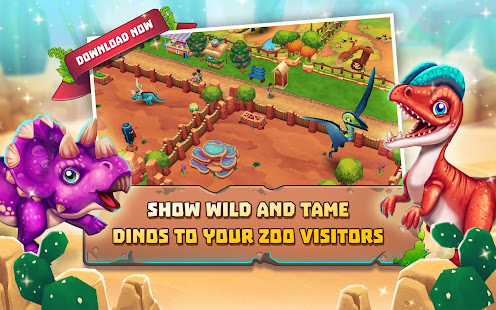 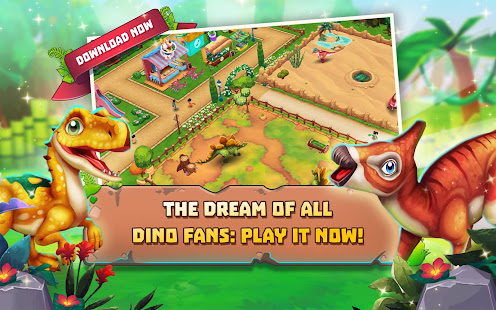 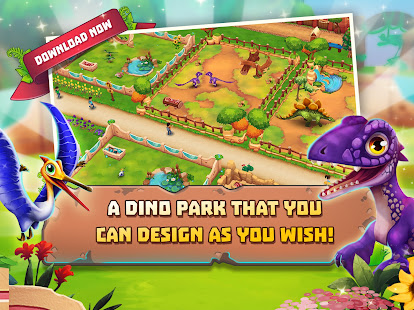 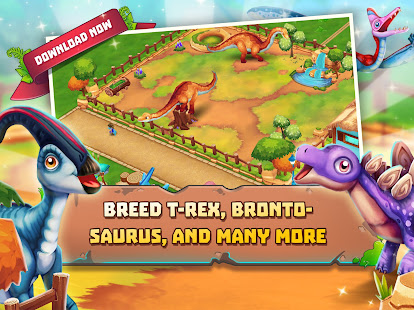 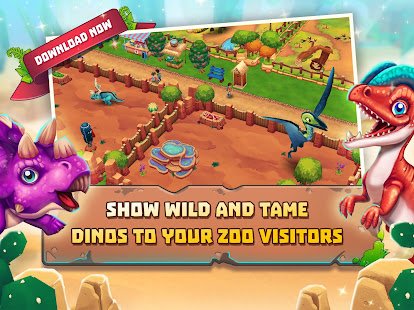 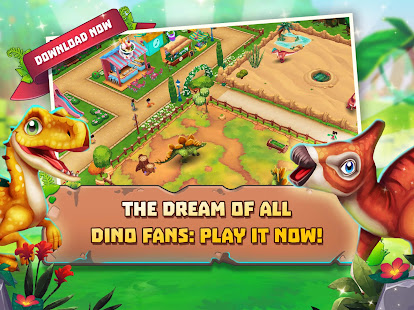 It’s a sensation: A real t-rex has just hatched from an egg 🥚🦖 – in YOUR dino zoo game! Create a fantastic animal world teeming with prehistoric creatures and wow your visitors. In this dino game, you’re the proud owner of a dino zoo with numerous attractions.
These are some of the challenges you’ll face in this dino simulation:

🦕 Provide and decorate enclosures for your dinosaurs
🦕 Breed brontisauri, t-rexes, and other prehistoric animals
🦕 Supply your dinosaurs with food, water, and play equipment
🦕 Equip your dino zoo with snack shacks and souvenir shops for your guests
🦕 Create a breathtaking dinosaur park experience

Dinosaur Park – Primeval Zoo is one of the most entertaining dinosaur games in the world of apps. The cute prehistoric animals make this tycoon simulation a thrilling hit all dinosaur lovers! If you grew up with the hit movie Jurassic Park and its sequels, this dino game will let you see the prehistoric world with new eyes.

Dinos to Cuddle and Play with

The best part of this dino game? Your dinos react to everything you do! Fill their food troughs and watch them delight in their fodder. Set up play equipment and watch them play with it!

Put your business acumen to the test in this dino zoo game – after all, Dinosaur Park – Primeval Park is also a thrilling tycoon game.

🦕 Which dinos will attract the most visitors?
🦕 Where do I best set up my shops for the park guests?
🦕 How can I most shrewdly invest my profits to keep the registers ringing?
🦕 When is it worth hiring staff for my dino park?

Which strategies you pursue and how effectively you run your dino zoo game is all up to you! Play Dinosaur Park – Primeval Zoo and experience the most captivating dinosaur game of all time!

Dinosaur Park: Primeval Zoo is co-funded by the German Federal Ministry of Transport and Digital Infrastructure as part of the German federal government’s computer game funding program.
Our dinos tried their best to improve your Dino Park. The T-Rex has eaten all the bugs, the Triceratops
banished some mistakes and the rest of your dinos feel even more comfortable in the enclosures.
Get the new version of Dinosaur Park – Primeval Zoo now.