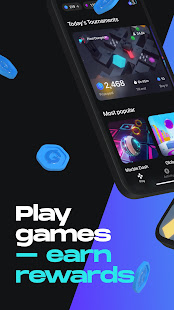 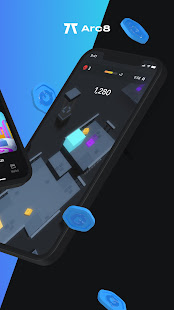 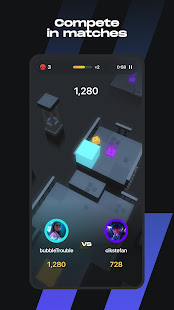 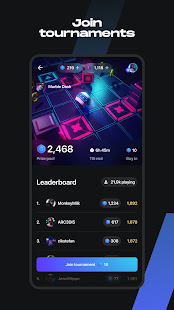 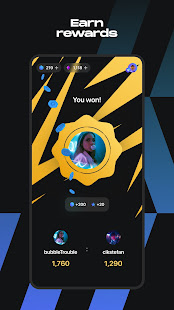 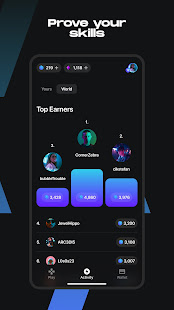 In Arc8 you’ll be able to train your skills in multiple games such as card games, action games, 3d race games, puzzle games and much more. Win prizes in tournaments and 1v1 matches.

GMEE is the digital currency used in the Arc8 app that you’ll be able to win in tournaments.

Earn rewards with daily missions and take part in the seasons by climbing up the leaderboard to claim your share of huge prize pools!

SOME OF OUR FAVORITE FUN GAMES
Pirates Solitaire: The famous single-player cards game, solitaire, with a pirate environment.

Globo run: If you are an adrenaline seeker, you’ll love this game. Travel at the speed of light collecting green and purple gems avoiding unforeseen obstacles on a changing map.

Wizard 21: Play Blackjack, with a twist!

Marble Dash: cool action game, with a futuristic touch where you’ll be playing a cybernetic ball from the future whose mission will be to collect coins and avoid obstacles.

Pixel Dungeon: A platform game with a pixel cube. Collect points as fast as you can while bypassing the horrible menaces. Caution, it’s extremely addictive!

As you can see, fun is not something you’ll miss on Arc8, since it’s an app with multiple challenges. Use your skills to explore, improve, compete and win!

Some extra key features:
No ads, you’ll be able to enjoy an uninterrupted experience!

Tournaments where you can win rewards. The higher your rank the higher the prize!

1v1 matches against other real players, based on highscores. Either with free credits or premium GMEEs.

You can also grow your network of friends and get rewards for their first top-up! Start inviting before it’s too late and everybody has Arc8 on their phones!

We’ll be updating about new content, tips and giveaways on our social media, stay tuned:

Lands of Adventure Varies with device